list of amazing things about to happen in australia (& NINJA GIG IN NAPIER, NZ!)

so much to catch you up on, including this fantastic webstock conference i just did with jason, but as usual too busy living to reflect.
not a bad thing.
information, however, keeps on rolling in. this tour has gotten mighty bizarre and i don’t mind one bit.
here’s the latest and greatest if you’re in oz or new zealand. about to hit wellington tonight, then christchurch and auckland.
tickets HERE.
1. WE’RE ALL GOING TO BE ON THE TELEVISION!!!
TOMORROW: SUNDAY, FEB 20th i’m going to be on TV tomorrow – ABC1 filmed the ninja gig in sydney and are airing it. national TV, comrades! watch it:
art nation web exclusive clip HERE.
the full program airs on ABC1 at 5pm and ABC2 at 9:30pm.
2. WE’RE GOING TO DRESS UP ALL ART DECO AND DRINK WINE!!!
SIMULTANEOUSLY, TOMORROW: i’ll be doing a NINJA GIG in NAPIER NEW ZEALAND!
i have NO official show in napier, just friends in town…and clearly i had to drive up when we hear it was ART DECO WEEKEND.
for the uninitiated, NAPIER is known as the “art deco city”…it was destroyed by an earthquake in 1931 and rebuilt in deco-tastic style. 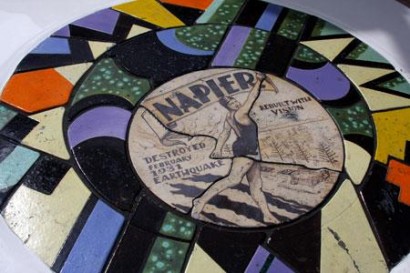 every year they hold “art deco weekend” and would we miss a chance to run around with drunken kiwis dressed up like characters from the great gatsby, riding in cars that make them look like they all stepped out of a tamara de lempicka painting?
fuck no. 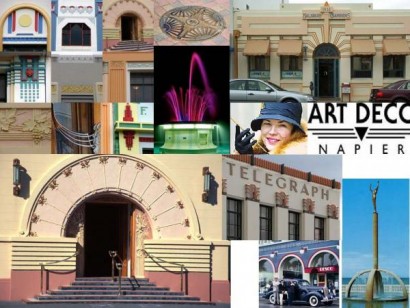 follow the twitter for exact location, but we’re looking at:
5pm
marine parade lawns
ALL AGES
ALL PEOPLE
bring love.
and bring your camera, for lord’s sake.
3. I AM GOING TO BE A DJ.
COULD THINGS GET STRANGER? YES.
i’m going to be DJing in sydney. that’s right. SPINNING. RECORDS. the event is a super-awesome queer cabaret hosted by glitta supernova (you may know her from gurlesque).
feb 27
7pm-12am
imperial hotel
erskineville
info HERE. 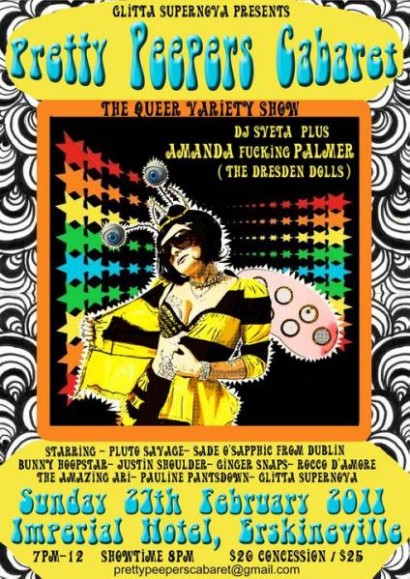 there are no advance tickets – door only – get there early and dressed to the nines, my friends. it’s MARDI GRAS.
4. WE ARE COMING BACK TO MELBOURNE AND BRINGING THE TWINS WITH US
melbourne, my beloved….we’re coming back to you.
the night before the famed show at the forum (feb 26, tix HERE) there will be an event of great historic significance:
JASON WEBLEY AND EVELYN EVELYN AT THE EVELYN FOR ELEVYN DOLLARS.
this is the twins’ first appearance, ever, in the antipodes. they’re terrified. come out and lend your support.
also – SPREAD THE WORD ABOUT THIS SHOW – it’s under the radar.
feb 25
8:30pm
evelyn hotel
fitzroy
tickets HERE. 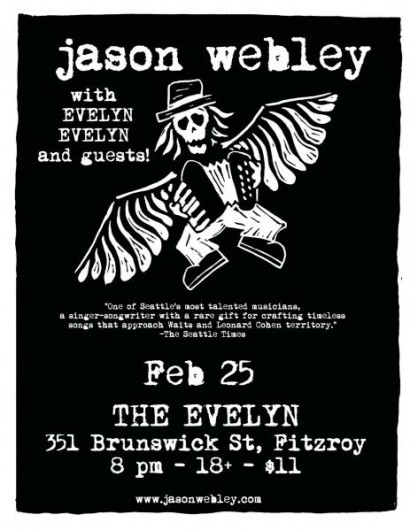 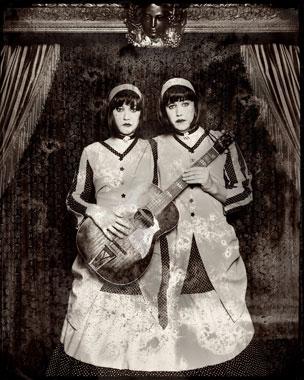 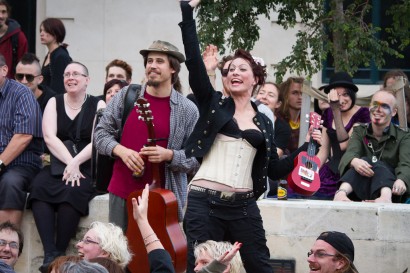