“if you want to get rich and screw, start shooting hoops”

so. while i’m holed up in my apartment practicing tchaikovsky with my fucked-up heater in fingerless gloves & losing my mind, i figured i’d give you something to read.
this was today’s lefsetz letter:

Did the Beatles plan on dominating the world?

No, they just wanted to escape a life of drudgery in Liverpool.

But their music became a mania.  Suddenly, not only were they rich and famous, they had innumerable groupies beckoning.

When the Beatles hit, even into the heyday of Led Zeppelin in the seventies, if you wanted to get rich, you were a rock star.  Baseball’s reserve clause had not yet been broken.  The NBA did not yet have Magic and Bird, never mind Michael Jordan, it was almost a sideshow.  As for golf…  Arnie Palmer was a swinger, but he was more about endorsements than lifestyle, and at the time, nobody wanted to be icy, pudgy Jack Nicklaus.

No, you wanted to be like the English cats.  Or the players from San Francisco.  Who’d practiced for years so they could now get up at noon, do drugs and get laid seemingly whenever they wanted.

It all came down to the music.  Jimmy Page didn’t pick up the guitar with a desire to be famous.  No, music was a calling.  And after seeing the Beatles on “Ed Sullivan”, boomers picked up instruments, took lessons.  They did not get plastic surgery to appear beautiful, take media training so they could expose themselves well.  It was all about the tunes.

It hasn’t been about the tunes in eons.

Sure, there were starmakers all the way back to the days of Colonel Tom Parker and Elvis.  But what drew us to the stars of the classic rock era was the seeming lack of manipulation.  Playing by no rules, creating opuses sometimes an album side long, these musicians put the music first.  Unlike athletes shilling for Aqua Velva.

Things turned bad with corporate rock in the midseventies.  Too calculated, it was supplanted by disco and then in late ‘79, the whole business imploded, only to be resurrected by MTV, which evidenced completely different values from the FM radio that preceded it.  Suddenly it was all about image.

And now MTV might be dead, but conventional wisdom is image triumphs.  That’s what TV wants.  That’s what the magazines want.  That’s what TMZ and Perez want.  Radio was something you listened to.  All the foregoing media enter through your eyes.

So right now, Mariah Carey might be parading around Aspen, but she’s not staying there based on her new album’s sales, they stink, she’s living off the past.  Even Alicia Keys.  All these heavily-hyped artists, the Cliveisms, they’re built for stardom, but today stardom doesn’t permeate every nook and cranny, and so many are turned off by the hype, and music sales suck.  And seemingly the more popular you are on the hit parade, the fewer people want to see you live.  Dave Matthews hasn’t had a radio hit in eons, but he was the biggest tour grosser of the decade.

But, of course, Dave Matthews has been around for fifteen years, he was the beneficiary of the old game.  What about new artists?

What about new artists?

If you want to be a “rock star”, be an athlete.  Or a tech entrepreneur.  That’s where the money is.  And groupies like money.

If you want to be a musician, you must flush image down the toilet, be three-dimensional, write from the heart and make yourself accessible to fans.

Yes, today’s musicians are the opposite of the titans of yore.  As opposed to being crafted with no edges, sculpted to perfection like Janet Jackson, who also can’t sell a record, they’re lumpy, with warts, they’re completely human. And they write about their humanity.  And they make themselves available on Twitter and other social media.

I’m not talking marketing.  This isn’t so much about selling as a redefinition of what a musician is.  Sure, first and foremost you play music.  But how do you get an audience?

How do you get friends? Real friends?

It’s very difficult staying alone in your room, not interacting online.  If you want to be part of the community you must venture out, whether it be into the real world or cyberspace.  You must make yourself available.  You must be ingratiating.  You  must be open and willing to share.

Who does it right?

Taylor Swift.  Her songs couldn’t be more personal.  They’re not bland statements denuded to the point where they can be sung by and related to by everybody, rather they’re distinctly her.

John Mayer tweets his personality.  Go to http://twitter.com/jOhnCmAYer and read, you’ll end up thinking you truly know him.  Furthermore, on his blog he stood up for James Cameron, who called a fan an asshole (http://www.johnmayer.com/blog/permalink/5379).  Mayer didn’t believe it was a fan, but an e-Bay whore.  But the point is, Mayer took a stand.  That’s how you grow your audience, by having a personality, just like them.

Will musicians ever become rock stars?

Not like the athletes.  The athletes have got all the money and all the TV time.  If you want to get rich and screw, start shooting hoops.  And isn’t that fascinating, no one thinks they can play in the NBA without a wealth of court time, but people think they can succeed in the music game without paying their dues whatsoever.

And athletes don’t succeed by revealing their inner lives, they make it via their robotic skills.  The opposite of musicians.  And did you ever think that whoring yourself out to corporations works for athletes but not musicians for this very reason?  Because it’s not about who athletes are so much as how skilled they are at their sport?

In other words, if you’re pursuing the rock stardom that’s bandied about in public today, you’re pursuing artistic and commercial death.  A “rock star” today is someone who’s winning in the commercial world, which is the opposite of art.  A true rock star is beholden to nobody.  Hell, these athletes play for a team, or their sponsors.  Which is how the major labels killed music.  Because you were playing for them instead of playing for yourself.

Sure, eventually new acts will grow and dominate.  But the ascension will be very slow.  The rocket to outer space paradigm of MTV is history.  Shit, isn’t that the point of reality TV?  Anybody can be famous for fifteen minutes?

You want to be famous for much longer than that.

Old thinkers will use the old tools.  Radio and TV.

You’re not opposed to those, but you focus on a direct connection with your fan.

Do your friends abandon you willy-nilly?

Then again, you think twice before you screw a friend, before you cancel plans.

So put your fans first.  Establish trust.  And practice.

Because it begins and ends with the music.

HALLE-FUCKING-LUJAH
and
DOUBLE AMEN
and
FUCK YES
and
i would have said it about the same way, but i’m busy making music.
thanks bob. 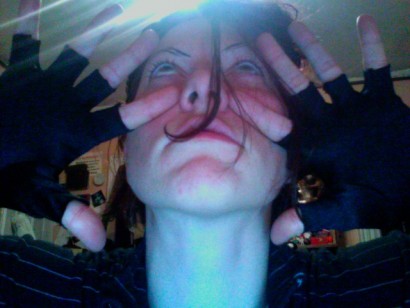 ps. the lefsetz letter is a bloggy letter written by bob lefsetz about the music industry, tech stuff, pop culture, skiiing, and bob lefsetz’s personal neurosis.
he’s ALL ABOUT THE CAPS LOCK.
CAPS LOCK FTW.
anyway…i take no responsibility 🙂
If you would like to subscribe to the LefsetzLetter,
http://www.lefsetz.com/lists/?p=subscribe&id=1

pss. (shhhhhh) somewhat-secret new years eve tickets discount info, if you wanted to come but were too poor: http://www.theshadowbox.net/forum/index.php?topic=10476.0