get tickets HERE.
also be sure to RSVfuckingP HERE.

jason isn’t going to make it but instead my special guests will be (drooling as i type): 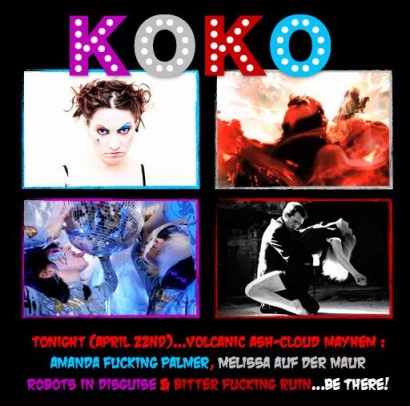 the fucking ashcloud heard our pleas and has clear’d the way for mr. neil gaiman (my moxy) who’s ON HIS WAY (yaaaaaay!!!!!!) and will arrive in time for the show. he’ll be there & will be signing with me afterwards, like the trooper that he fucking is.

jason webley, my sister, is ON HIS WAY but won’t make it in time for the koko show.
he’ll be here TOMORROW, in time for ALL THE BUSH HALL SHOWS.

we got over 10,000 viewers to watch to dublin show webcast, and we didn’t even announce that we were webcasting!
it all spread virally through twitter and people in dublin texting friends to tune in. this is amazing.

so….best of all we’ll be WEBCASTING THE ENTIRE LONDON SHOW at PARTY ON THE INTERNET…..tune in at partyontheinternet.com (or here on ustream)
follow my twitter for up-to-the-minute updates, but the show will go about like this:
7pm – doors open, bitter ruin begin shortly thereafter (webcast will begin), then robots in disguise, then melissa auf der maur
8:45pm or so – amanda fucking palmer. MAYHEM.
(all these are LONDON/GMT time, so check THE WORLD CLOCK to figger out the difference where you are)!

sadly/happily, jason will be ON A PLANE at the exact time the show is taking place, so he can’t skype in, BUT he’s promised to record some weird things for me to play along with.
let’s see if he makes good on his promise….and if we can get it to work.

i barely have time, it’s 4 am, and melissa auf der maur is brushing her teeth and getting ready to share a double bed with me.

this is my life.

i went to melissa’s show tonight @ the jazz cafe and played ukulele (she was suposed to play scala but she missed her gig due to THE ASHCLOUD). 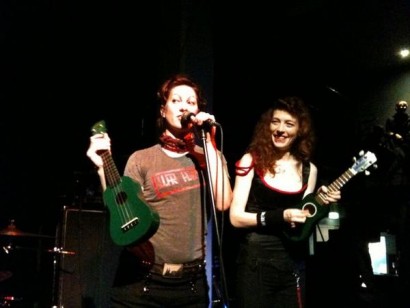 …so…rewind:we left dublin and we drove a harrowing 11 hours to london, including a lovely ferry ride.

i found a quiet little spot, far away from the main cabin where all the people were milling about, and on the way i explored the ship & stole two pillows from a sleeper cabin.
i never see the world so early.

i liked my empty little spot: 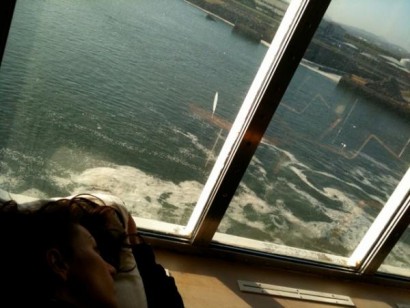 i tried to sleep, but i couldn’t, because of these two belgian men decided to sit right next to my head, even though there were three whole other decks of ship for them to talk in.
they decided to start talking loudly in flemish in my ear.

i tried taking a bunch of pictures of them, from my little couch 6 feet away, to freak them out.

but it didn’t work. i was astonished.

i even turned the shutter volume up on my iPhone, so that my camera make that annoying fake-photo-taking sound every time i took a photo.

they remained painfully oblivious.
it was amazing to me that with ALL the covert-photo-taking i do, i could not POINT MY CAMERA in their faces and make them run away…

or maybe it did. ten minutes later they left. but i still couldn’t sleep. 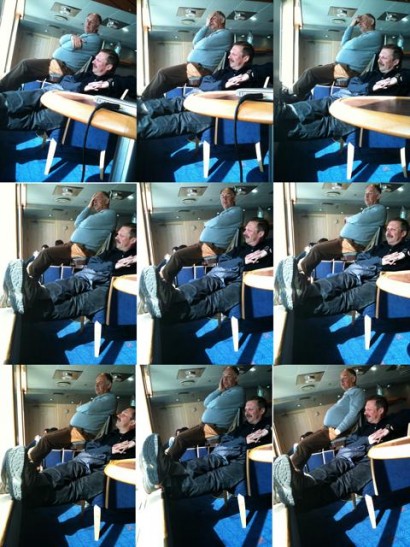 got off the ferry.
picked up some french hitchhikers.

talked french at them.

dropped them off in Birmingham. 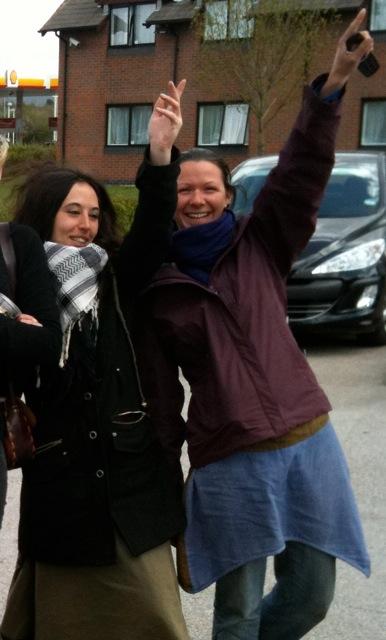 had dinner with the clutes. 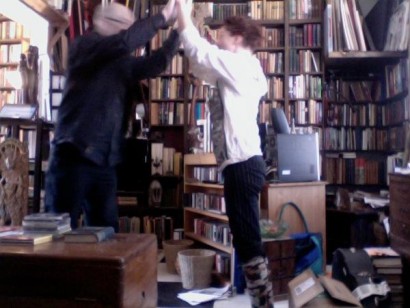 emailed for 9 hours straight. had a meeting with a video animator. took a lot of pictures, including this one – italian stop-animator chiara ambroisio @ chez clute to sharing her GORGEOUS “evelyn evelyn” storyboards: 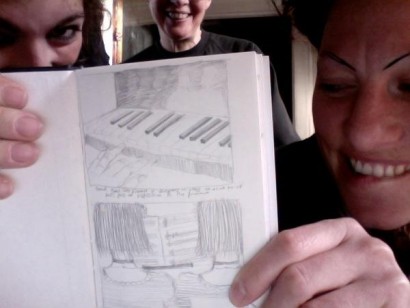 had dinner with the beautiful holly gaiman (@hollyherself) at the clutes. here she is in a hot new dress against a perfect backdrop: 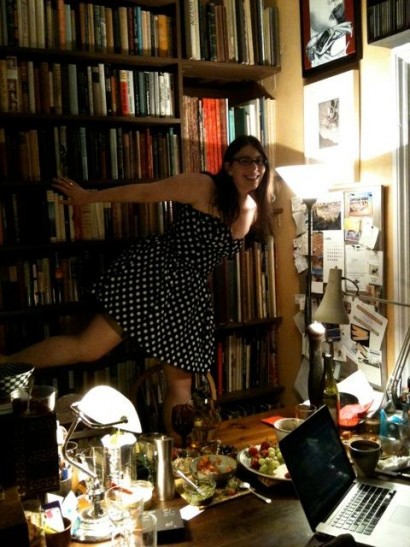 played melissa’s gig down the street.

told her she could stay here with me. brought her back. made tea.

stayed up all night talking to her.

determined collectively that WE CAN DO ANYTHING.

went back to work.

photoshopped 9 images of belgian men into one photo.

and tried to make the best of a volcano fucking with our little show.and succeeded.
wrote a press release.

am i fucking insane?

about to collapse again.
i hope to see you over the next few days (and weeks and months).come.
i love you.