it was just juneteenth.  for my readers outside of the states who may not be familiar, today – june 19th – is an important date in america. from wikipedia: Juneteenth (a portmanteau of June and nineteenth; also known as Freedom Day, Jubilee Day, Liberation Day, and Emancipation Day, is a holiday celebrating the emancipation of those who had been enslaved in the United States. . Originating in Texas, it is now celebrated annually on the 19th of June throughout the United States, with varying official recognition. Specifically, it commemorates Union army general Gordon Granger announcing federal orders in Galveston, Texas, on June 19, 1865, proclaiming that all slaves in Texas were free.

the lasting legacy of racism, slavery, and white supremacy in the states is tangled and terrible, and the end of suffering is not anywhere close at hand.

i can only hope we’ll see the end of racism in country in my lifetime. it seems like a hard dream to dream. maybe my son will get to live in a society where racism isn’t normal.

i’ve talked about some of the below before, but it’s time to talk about it again.

last november, i played a show in paris at the bataclan, and to honor and address the massacre that took place in the club, i pulled out an old song, “guitar hero”, whose lyrics speaks to the sick mentality that might lead a human to dehumanize and shoot a bunch of other humans.

that song, written and recorded after the columbine school shootings in 2007/8, contained the n-word (n***a, coming from the mouth of the song’s deranged fictional “shooter”) and i chose to leave the lyric in when i performed it in paris. i’ve said it numerous times now, but to be crystal clear: it was a stupid and insensitive mistake, one that i’ve been examining and grappling with since that day in paris. i am sorry that i did it. i have changed and that word will get cut from the song. i can’t pull the song from the digital shelves, because i don’t own the master (it’s owned by the record label), but certainly any future performances or recordings of the song won’t include the word.

i wrote a long post when this all happened, and apologized from the heart on twitter for any hurt the lyric would have caused.

then things got complicated. the longer post that i wrote at the time was for patrons only, so that people of color could speak freely within the community about racism and what had happened.

but since many people not on my patreon would like to read it (and have been asking to read it), there’s a simple workaround:

i’ve made the entire original post public over on my website, without including the comments (since i do not have the consent of the original commenters to share their private comments, and to get the consent of that many people would have been a massive pain): like many of my posts, the comments and discussion below my own words are actually the best and most articulate part….i encourage you to read it – comments, responses, and all – on patreon. 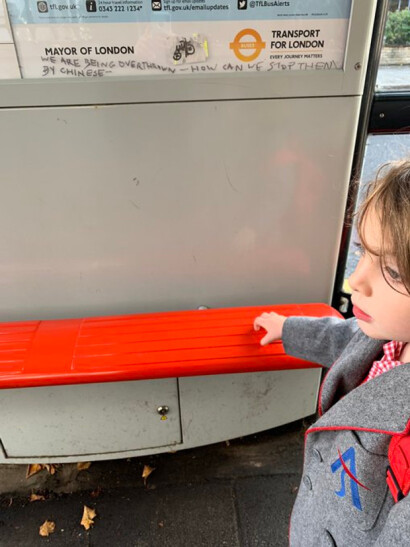 this whole episode has given me – you can imagine – a lot to think about and learn from.

i recently watched a video, called “canceling”, from a fellow patreon-user named natalie wynn a.k.a. contrapoints. it’s as long as a feature film, but i found myself so sucked into it (and feeling such relief at the considered, hilarious and thorough breakdown of cancel culture) that i watched to the very end even though i’d only meant to spend 10 minutes…it’s really, really good.

she nails so many important points, and anybody familiar with my many internet kerfuffles will probably see why i appreciated this deep-dive.

my friends, i’ve been canceled so many times i should have a loyalty card. at the moment, this a real twitter account: the person who runs that account spends their time commenting on a lot of my tweets; and they tweet to my friends and collaborators saying things like “do you really want to support a racist”, and so forth. and then there’s a collage somewhere on youtube of me playing “fuck the police” by NWA that this person keeps reposting under any and all discussion threads.

so, let’s talk about that.

back in 2009, i did a live ukulele cover of NWA’s “fuck the police” (an anthem for our times if there ever was one) a few times.

i grew up in a very affluent white neighborhood in massachusetts.

i discovered NWA in around 1990, in high school, when someone pressed a dub tape of “straight outta compton” into my hands and said: you need to listen to this. while i was into tracy chapman and other overtly political agit-folk, i’d never, ever heard lyrics like this before.

i’d never been confronted with a reality as described by eazy-e, dr. dre, and ice cube. i’d never known, until listening to that record, that there were a bunch of marginalized and badly-treated black guys somewhere in california getting unfairly brutalized by cops and gunned down in their own neighborhoods just because they were black.

here is a link to the track “fuck the police”. if you’ve never heard it, go listen.

may i quote NWA for a moment here:

do these lyrics resonate?

my high school was not teaching me this shit.

no.  i wouldn’t. can i apologize for having done it? absolutely. i’ll do that right now. i’m sorry i covered that song.

i’ve learned a lot since then, and would never tread so un-carefully on a cover song without thinking more carefully first about what those lyrics might mean to somebody, and how they hit the ears and hearts of others.

and, obviously, a lot of shit hasn’t changed at all: america is still full of racism.

george floyd still wound up with a white policeman’s knee on his neck.

black lives still continue to not matter in my country, and all over the planet.

while i’m here and going deep, the live “fuck the police” ukulele song was a medley of sorts, and when i would play the intro, it would lead into the song that i released as my first free-from-my-label/self-released song “do you swear to tell the truth, the whole truth and nothing but the truth so help your black ass”.

that song contained the lyrics “…you can bet your black ass that i’m going to” in every chorus.

there’s a context there, which was, in part, why i tacked the “fuck the police” onto the start of “do you swear….” to begin with.

the lyric was an homage to the NWA song. here, again, is the NWA song, for context, this is how it starts:

“Right about now, N.W.A. court is in full effect
Judge Dre presiding
In the case of N.W.A. vs. the Police Department
Prosecuting attorneys are:
MC Ren, Ice Cube
And Eazy motherfuckin’ E”

“Order, order, order
Ice Cube, take the motherfuckin’ stand
Do you swear to tell the truth, the whole truth
And nothin’ but the truth so help your black ass?”

“Well, won’t you tell everybody what the fuck you gotta say?”

Fuck the police comin’ straight from the underground….

do i apologize about that “black ass” lyric, too?

yes, i do. absolutely. it’s offensive. i have been mulling about what to change that lyric to, when and if i play “do you swear…” live, and i’m wide open to suggestions. like “guitar hero”, the lyric is easily changeable.

the crowd here is invited to weigh in as to a better lyric. i’m all ears, and i love crowd-help. it will not be the first time i’ve asked the crowd to help me improve of change a lyric, and it probably won’t be the last.

speaking of us and our relationship….there’s also something to be said here about art, timing, and accountability over time.

someone pointed out on the internet a few days ago – when this question of “whether amanda palmer was a racist” came up – that an audience is also complicit. this is not to shame anyone here. not at all.

this is to remind you that nothing progresses within a vacuum, that we are in a relationship. we are a unit, you and me.

i sing, and you listen.

you talk to me, you write to me, you comment, you see me after shows. and i listen.

an audience and an artist, if things are working well, are always on trip together. some people reading this have been in a relationship with me for almost twenty years.

and it is…a real relationship.

a loving one. and a good, healthy and loving relationship allows for mistakes, pain, growth, change – on all sides.

being called upon to change things is something i’ll continue to welcome. it may not always be easy or simple (i guarantee you, it will never be simple), but it will be…real.

i’ve often been described by the press as an “unapologetic” artist.

it seems to me that there is a deep power – especially nowadays, in a clickbait-centric, dumpster-fire-internet world – in knowing exactly where to be truly apologetic, and where to stand one’s ground.

i think a lot of white people in america – and all over the world, no doubt – are struggling with these exact growing pains as statues and ideas are toppled off literal and figurative pedestals.

things needs to be re-thought.

and so: i promise, to you, and to myself, and especially to anyone in my community who is not white and needing to hear it direct from my mouth: i want to help, grow and do the work to change. to figure it out…..and to be apologetic where and when it is needed.

i will trust this community to grow with me and help guide me. you always have.

i’ll make mistakes in the future, of that i can be almost certain.

i maintain that it’s better keep learning and growing than to hide and to wither. better get it a little bit wrong and have to reconstruct a lyric or a setlist than to simply – as can be really tempting – duck out of the game altogether.

i have thought a lot in the last littoe while about how i can use this patreon, this platform, and my general social media reach to uplift fellow black artists and pass them the mic, and i won’t stop doing that.

one of the things i’ve been doing this month is arranging a handover of my instagram and patreon feed to black voices and creators – from america, but also globally. it’s going really well (here’s a post). the community has been awesome and supportive all around. let’s keep doing that.

i’m also working working on a song release for a good charity with a surprise collaborator. more on that very soon. i think you will all love it.

everybody i know is very exhausted right now.

maybe, in our exhaustion, we can find a new opening…a space…a clearing, a better way of listening and learning from one another. i want to do this, and i want to do it with you.. i hope you do, too.

i love you deeply.

now….let’s get on with the work of making this world a better fucking place to be.

p.s. i’ve started a dedicated thread on the forum/shadowbox if you want to have a discussion with me and each other. it’s here, and i’ll be reading comments here and over on the box all week and into the future. may the conversation continue, forever, with compassion: https://forum.theshadowbox.net/t/on-racism-words-art-time-and-progress/3913