it’s officially winter and it’s cold and it is 4 am and i have not
started packing for australia. obviously i must blog.

i still don’t know where i’m going to stay. that is, we’ve picked a
joint in melbourne with some freak types who sound right up our
alley, but we’ve got no address.
so i think i may land in melbourne many hours from now, suitcase in
each hand, and look forlornly at upside-down street signs while
dingos eat my baby.

actually i plan to take a cab straight to the spiegeltent and hug it.
i’ve missed it so since edinburgh. 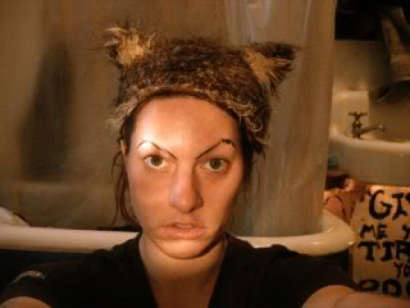 i am so excited to go back to ozland. everyone there is magic,
there’s a friendly syrup in the air. i am so excited to see steven
and the other performers in the danger ensemble. i am excited to
drive the aussie coast with them as we groove tunes and talk butoh
and plans for our bizarro stage antics. i am even excited to have a
10-day slumber art party with them on somebody’s floor.

i am also very very more than psyched for the upcoming dolls tour.
brian and i have been practicing and it’s soul food to play with each
other again. we had the traditional every-song-we-could-think-of-on-
the-violent-femmes-first-record jam, this time with brian on guitar
and me on drums. meg white watch out. and i have better sex tapes
too. oh wait.

film recommendation:
the lives of others. we watched it the other night after rehearsal.
german. recent. long. starts a little slow. but GOOD GOD it’s fine.
can’t do much more justice than to say holy shit, perfect movie.

best reply from the last blog:
a web of safety benefits only a spider. all rewards come from risk.

i sat next to a man in the cafe pamplona tonight (yes, thinking i
would pack later) and he was translating papers.
he made a phone call and to the other person on the line he said:
“oh, just sitting her, working on papers and having some coffee. and
happy to be alive.”
he told me he’d been coming to the cafe pamplona since 1959.

it started snowing today in big fat gorgeous chunks. it’s still
coming down.
i think this calls for a picture, let’s outside. 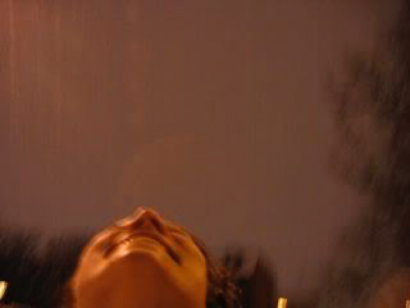