so, björk launched a kickstarter and cancelled it.

long story short (and you can read the details in the actual news, here), she released her album “biophilia” via a series of iOS apps a while ago, and she wanted to port it to android/windows 8 devices. 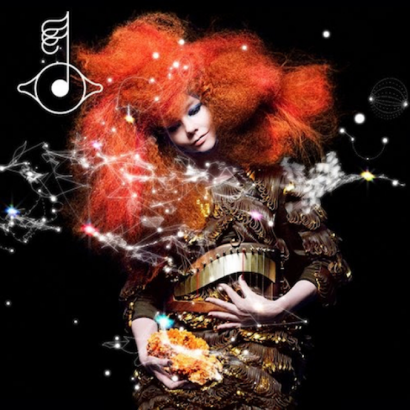 and that port was going to be EXPENSIVE. the kickstarter project’s kind of hidden now (especially under the traffic the press ABOUT it is getting) but in summary: she was looking for £375,000 (about $600,000), the video wasn’t very clear (i had a hard time understanding what exactly the money was needed for, though i did get the gist that it was being used as a cool, non-profit-y educational tool)….and the rewards weren’t all that hot. it was also a lot of money to raise for something so specific and technical (i think if björk had been trying to fund an ALBUM, the interest would have been ginormous).

she only got about $20k in backing in the first few days and the project was pulled before it could truly crash and burn, which we can assume it would have.

i wouldn’t have written about it (it was just a failed kickstarter, and there are many of those, for many reasons) if i didn’t see something else going on. for the record: i think björk is awesome, and i think she could have put together a better campaign.

but…i saw things being written in the blog comments of the guardian article i posted above that really floored me, and i need to share. here’s a typical one:

axelprod
08 February 2013 10:19am
“As has been said above, Kickstarter should be for those who have no access to money to get a good idea off the ground, not rich, self-indulgent musicians looking to ‘de-risk’ their latest vanity project by offloading the costs onto others.”

..and a lot of the other comments echo a similar mentality.
this drives me FUCKING NUTS.

crowdfunding should, by its very nature, be available to EVERYBODY.

if her kickstarter had been a raging success, would these people be bitching?

here’s what i think: THE MARKET IS EFFICIENT.

if ANYBODY wants to give a go at having the community help them with a project, that’s the ARTISTS prerogative. if it fails, then the interest wasn’t there.

it should’t matter if it’s justin bieber, obama, the new kids of the block reunion project, lance armstrong, oprah, or the friendless 18-year old down the street who’s been hiding in his bedroom making EDM music.
ANYBODY CAN ASK. that’s democracy.

and since crowdfunding is – by definition – in the hands of the community: THE COMMUNITY WILL DETERMINE WHETHER A PROJECT IS SUCCESSFUL.
end of story.

people posting björk’s net worth and posting “wtf?? she could pay for this shit herself” are missing a massive point.
and the people defending her on the blog comments who are saying “no, no! she’s not actually that rich, you have your numbers wrong!!!” are ALSO missing the point.

it doesn’t – shouldn’t – matter if she’s got a hundred gazillion icelandic rune-coins squirreled away in the bank or not a rune-coin to her name: she should – ANY artist should – be allowed to take advantage of the direct-to-audience tools that are available to us.

i think this is sad: in a weird new twists of fate, the old guard of “celebrity” artists like her are now being attacked for using a platform that…what…should be reserved for starving musicians only?

i don’t think so.

if lady gaga wants to turn to crowdfunding to get $100,000,000 of development cash to build the world’s first pair of musical six-mile-high electromagnetic-bedazzled stiletto heels – let her. if her fans back her, LET THEM. why the fuck not? because SHE should pay for if SHE wants it because SHE’S RICH?? because it’s a stupid idea? a waste of everybody’s time and money? (i can’t believe the blog comments on the guardian devolved to the “why would ANYBODy spend money on THIS APP PORT when there are starving children in….etc etc”). should we judge? or let the artist (and the fans) have their fun?

good sidenote: it’s also kickstarter’s prerogative (and i’m talking about THE COMPANY, not the phenomenon of crowdfunding) to turn down projects they think will dilute the site, which is highly curated – and that’s part of kickstarter’s success. they don’t want to clutter the airwaves with a bunch of time-wasters. but the tools will proliferate and exist far beyond kickstarter – and we’re talking here about a larger concept.

crowdfunding is a TOOL, a beautiful one, but it’s just a TOOL.

for ALL OF us to be truly independent, we must look at all artists equally.
the tools can be used by anyone.
as somebody else in the blog comments pointed out:

aphexbr
08 February 2013 3:42pm
“@F101Voodoo – Most people use other people’s money for their projects. Do you think Steve Jobs personally invested everything he made? Of course not, he went to banks, venture capitalists and other investors for funding, not his own bank account. Why should Bjork be any different?
All she’s done here is instead of asking one of those people for money (usually given in exchange for giving up creative control, copyrights, etc. as well as money), she was asking the general public to invest (in return for other benefits).
I have no idea why some people are so against this, other than a misunderstand of how and why crowdsourced funding works.”

this is pretty timely…i asked on twitter the other day : “should anyone be able to crowdfund (ie lady gaga, justin bieber?)” i was shocked at the number (not the majority, but a big handful) of people who said “no fucking way!!! they’re rich!!! they should pay for their own music-making!!”

think about it, carefully: what is fair?

when – in your opinion – are you no longer allowed to go straight to your fanbase, to your crowd, for funding?

i’d love to see where this discussion goes.

hit the comments and discuss.

p.s. if you’re not familiar with björk’s music….goddamn you’re in for a treat. i suggest starting HERE. one of my favorite björk recordings of all time, the brodsky quartet’s string arrangement of the song “hyperballad”….if it doesn’t move your head to new places, let me know. we have even more important things to talk about.