it’s THING TIME!!! i am very excited about this recording and it’s been a long time coming. this is just to whet your appetites – the OFFICIAL VIDEO directed by hoku uchiyama is gonna come out in a few days (it’s very halloween-themed, i, er, warn you) and won’t be an Official Thing, it’ll be a freebie because i ain’t gonna double-dip this one.

before i THING, quick housekeeping: this is also a REMINDER that your last chance to postmark your own I WANNA-GET-RID-OF-THIS-THING things in the mail to be for inclusion in the album photoshoot is november 1st. if you missed the post/call-to-arms about that, it’s HERE. basically: i want non-returnable items from y’all patrons to incorporate into a photoshoot for the upcoming album. it’s special. help me out. (the incoming packages have just started to arrive). 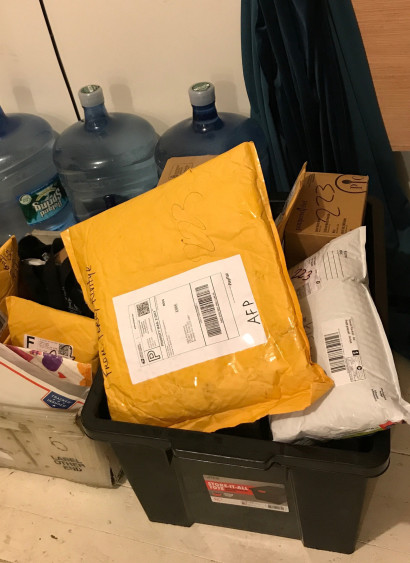 ALSO, NEW YORK PATRONS: PLEASE HOLD THE NIGHT OF NOVEMBER 6th!!! i’ll be doing a GET OUT THE VOTE PARTY in new york city to rejoice in THE FACT THAT WE ALL JUST VOTED. RIGHT??? yes. i want you all there so we can celebrate voting together. info coming ASAP, all the details are being finalized now. i’ll send patrons a special pre-sale code once it’s ready.

ALL MY AMERICANS, PLEASE PLEASE MAKE SURE TO VOTE ON THE 6th . I WILL KEEP ANNOYING YOU. (you can make sure you’re registered and find your polling place, HERE: https://www.vote.org)

i give you the official recording of “electric blanket”.

jason webley and i co-wrote this song just about ten years ago on the “who killed amanda palmer” tour, which circled the globe. jason was on the european leg of the tour as a support act and friend, as was zoe keating. here are some photos of the tour… 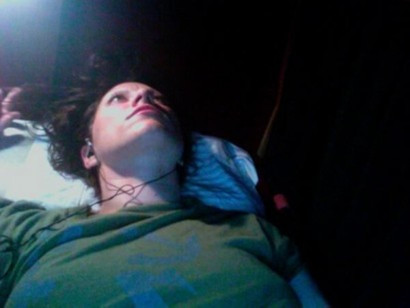 katie kay, our tour manager, on the Bus of Love: 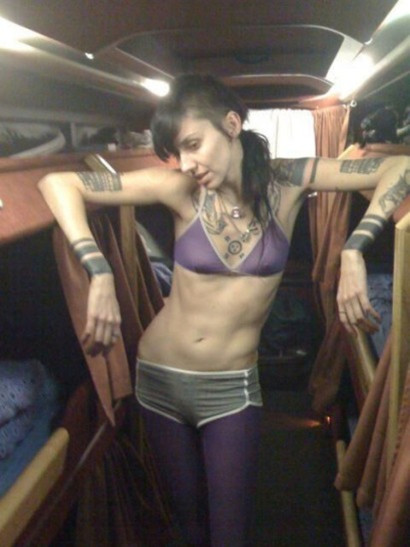 here’s me and zoe keating backstage…somewhere (we are so little!!! and childless!!) taking pictures of each other with our macbooks…. 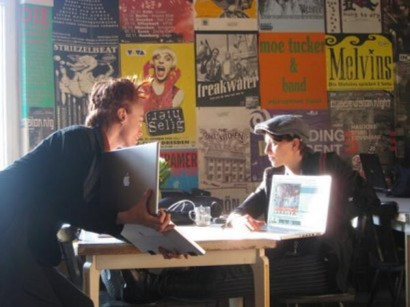 here i am with jason, performing the song for the very first time in 2008…with blanket…. 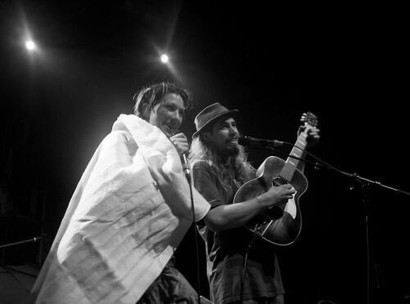 here is the story.

there was a tour-long battle in the tour bus that year involving the heat and air conditioning.

many words were exchanged.

sneak attacks on the AC unit happened in the middle of the night.

the tour bus was divided into two factions. there were about 12 people on the tour bus.

Team Cold was the team that wanted the tour bus air conditioning on ALL THE TIME. they wanted it to be FREEZING.

Team Hot consisted of me. i wanted it hot.

one day, i was presented with a passive-aggressive gift by dave “psycho” hughes (our front of house engineer) and jeff maker (our lighting tech – on a beautiful full circle note, both of these guys just showed up london to work at the dolls shows).

it was an electric blanket.

i don’t even remember where we were or how it came about, but jason and i decided that this moment deserved to be commemorated in song.

that was the dawn of “electric blanket”.

we never recorded it, but we played it live on many occasions, and the song grew and evolved as we played it.

(here’s us playing it later on the evelyn evelyn tour with sxip shirey on “bells”): 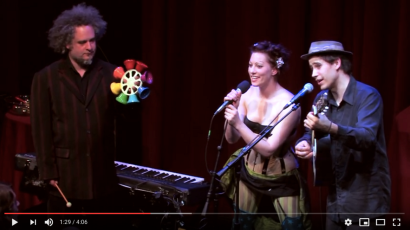 fast forward ten years. now i have patreon!!! and i was like: what hasn’t been well-recorded that deserves it?

and there we were, jason and i, in new orleans with access to ani difranco’s home recording studio. 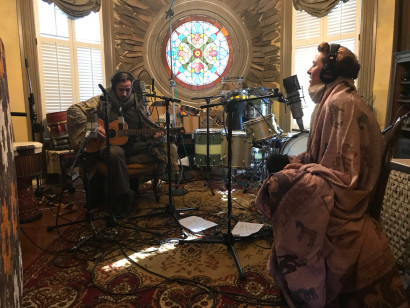 to REALLY set the mood, jason and i both wore blankets…. 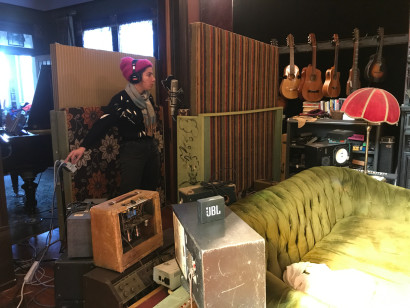 zoe boekbinder recording background vocals. we also recorded the tribute to dolores o’riordan of the cranberries ep here, too. the engineer was ani’s husband, mike napalitano. 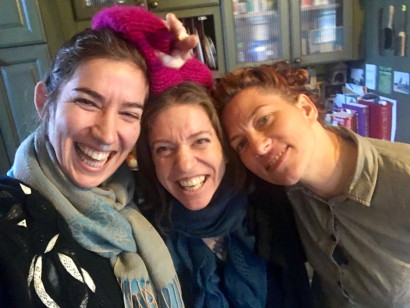 we also tapped bayla arietta to create another PAINTING for the 10” vinyl THAT WE ARE NOW ABLE TO SELL YOU!!!!

she hit this artwork out of the park once again: the 10” vinyl is special and beautiful, and we are printing so few that i presume these will vanish fast. it also has a WAY HIGHER FIDELITY than 7” vinyl – it’ll sound DELICIOUS IN YOUR EARS.

it’s a VERY LIMITED EDITION of 1,111 copies and it’s got the artwork and music for “house of eternal return” on one side and “electric blanket” on the other. 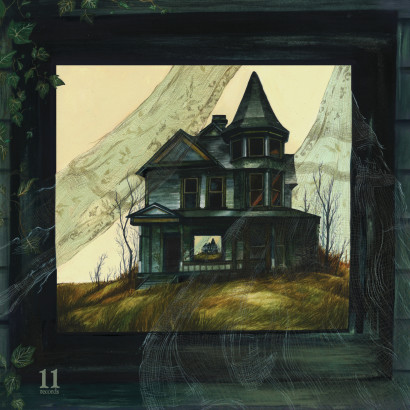 if you’re in USA, or worldwide, you can order it from jason’s merch shop, HERE:

if you’re in EUROPE or UK, you can order it from my UK merch shop, HERE:

if you order the vinyl you’ll get digital downloads of both songs, too. or if you’re a $3+ download level patron, you’ve already got them.

as said above, we loved the recording of “electric blanket” so much we decided to MAKE A VIDEO, which you will see soon.

(do you remember when i put the call out to LA for puppeteers? (https://www.patreon.com/posts/quick-los-video-20336319 well, you’re about to see what we made.)

and may you never have to live in a land where they turn the air conditioning on when you don’t want it.