while i’ve got you here, first, a quick public service announcement/informal poll: i posted this on facebook earlier, and there are over 300 something comments now…(i’ll link at the end, but please keep reading before going there)
positive stuff, like kyle cassidy’s point here: “Sometimes we get together and make something off happen for no reason and there’s a joy the odd thing happened.”
the many points raised in a comment by dana clark scott: “Couldn’t we just as easily villainize people who go to the movies rather than donate? How much does the average person spend at a first run movie, $12 plus any concessions ? More than this Kickstarter was asking for anyway.
I don’t think this points at our society being morally bankrupt at all. I backed this project because I found it amusing, and what the hell, I’m pro-potato salad.
That does not mean that I don’t give to actual charity. – I have automatic contributions to the United Way and my company’s Employee Assistance Fund pulled from every paycheck, and I give independently as well.
That does not mean I’m a callous person who cares more about potato salad than saving lives.
It means it’s my money to do with as I please, and in the moment I clicked “pledge” I felt like being part of something frivolous.
I understand the anger to an extent, but I think it is misplaced. Don’t hate society for not choosing to give ALL their mad money to charity. Hate society for creating an environment where people have to beg to afford medical care.”
and then 298+ more sharing personal experiences, frustration, anger (“fuck that guy”), and much more…and that’s great, i’m happy to see such things happen on my posts – actual debate and discussion (and yes, complaining – because, internet), but it’s not happening here. HERE. on the blog. on my site. and it sucks to assume if i post things here they won’t get traffic or commented on. sure, “like they used to” could be a lot to ask for, but even just…at all? it’s been eerily quiet here.
i guess in part because facebook, but i don’t think all of those people were here in the first place and just changed mediums or something…
SO, for all you twitter-folk and otherwise complaining about facebook (and posts getting more love there), help me. come read the blog. comment. (join in on the discussion. i usually add a little bit more on here, anyway.)
and if you don’t comment much (or are doing so elsewhere), mind sharing why? problems on the tech side? not interested in the topics? sean and i shall be listening.
okay. and now…
potatoes.

no less than 15 people on twitter have sent me a link to the notorious potato salad kickstarter, which has now (as of posting this) reached nearly $66k from 4,425 backers – just so a kid can make a potato salad. it has made national news.
here are just a few places that’ve picked up the story:
• forbes
• usa today
• ktla
• abc news
• people
• business insider
• kotaku
one interesting thing if you look at those various publications and bounce around (and pay attention to when they were last posted/edited) is that you can see the crazy trajectory of it all…it’s happened FAST (and still has over three weeks to go).
it’s like the first meme kickstarter with no actual point except the point it has become by the energy it has gathered.
some of my artist friends are very angry about it.
some people think it is just very funny.
i think i have been spending the last five months writing about this topic and if my book has taught me what i believe, it is this:
ANYONE IS ALLOWED TO ASK FOR ANYTHING.
THAT’S THE DEAL.
nobody has to fund this fucking potato salad. if anybody is funding it, it’s because they are finding joy and connection in the act of funding a potato salad.
andy warhol would be so fucking proud.
so would the dadaists.
bring it on.
i’m not going to back it, though.
i’d only back it if there was a level that offered a potato-salad locket, to be worn around one’s neck, forever, as a sign of love and commitment to the potato-salad maker…with a piece of the potato-salad in it.
i’d buy that. 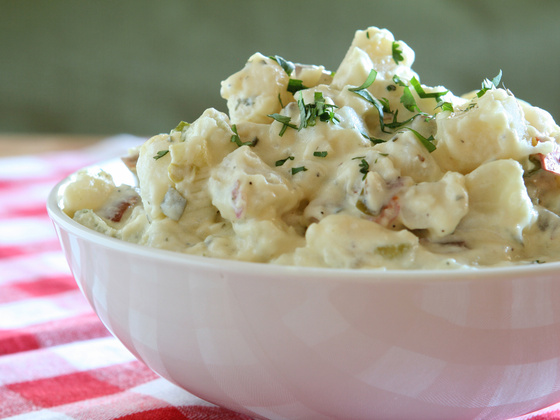