all the things i forgot on stage thursday, including “ask amanda” answers

hey lovers…most of you weren’t braving the bitter boston cold to see the show at cuisine en locale this past thursday, only like 400 of you were…
but if you WERE, you’ll have noticed that among the awesome spectacle of doing an almost all-request set and
singing the saddest version of “chandelier” known to man, i FORGOT to do two things:

i forgot to answer the “ask amanda” box that you all put questions in at the merch table
AND
i forgot the announce the winner of the “name a sad winter cocktail for next week”.

i am a bad rock star, but we were having a lot of fun on stage, i forgive myself…dude…and i wasn’t even drunk. maybe i’m getting old.

anyway: this blog is my penance.

first, here’s a few awesome pictures of my opener, PWR BTTM, they were amazing: 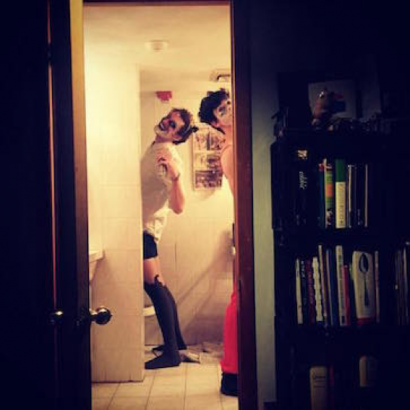 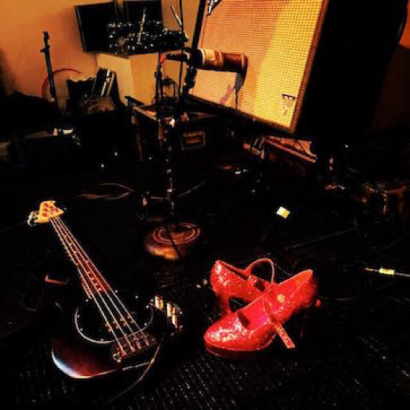 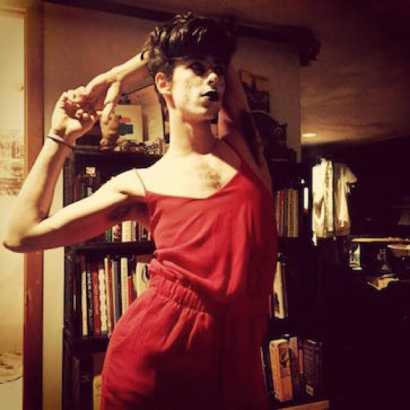 and here was the set list:
– do you swear to tell the truth…
– the thing about things
– coin-operated boy
– in my mind
– leeds united
– delilah (w/ oliver from PWR BTTM)
– massachusetts ave (attempted and aborted! next week, we promise…)
– mrs o (w/ oliver)
– spontaneous birthday rock song for cassie (by ben mostly, with PWR BTTM)
– me and the minibar
– chandelier (sia cover)
– thirteen (big star: via elliott smith cover i sat out, JJ and PWR BTTM sang it)
– the killing type (with PWR BTTM)

i will answer some of the ask amanda questions here in bloggy form, but let’s start with the cocktails, shall we?

as you may know, i named three cocktails at the bar: 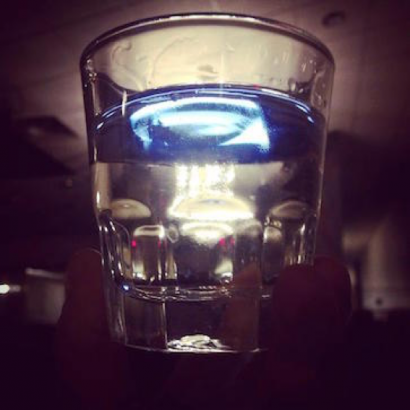 and these were PWR BTTM’s – not so winter-themed, but fabulous nonetheless:

the contest was simply to name a new cocktail and include at least TWO ingredients…
and the winner would get given a free drink at the bar (and of course, have the honor of being next week’s drink…)

after going through a giant pile of possibilities… 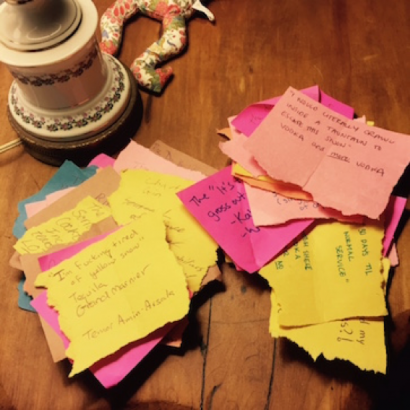 grand prize:
THE DUG OUT AND PLOWED BACK IN
(gin, limoncello, orange bitters)

runner up:
THE SO COLD MY TESTICLES RETRACTED
(jäger, vanilla vodka)

second runner up:
THE I WOULD LITERALLY CRAWL INSIDE A TAUNTAUN TO ESCAPE THIS SNOW
(vodka and more vodka)

THE TOO SHORT TO SEE OVER THE SNOW PILES
(vodka, rum)

THE SOUTHIE SPACE SAVER
(whatever is left on the barmat)

if you were one of the winners or runners up, i trust you, and if you’re at the show this thursday, grab me and tell me, and i’ll get you a free drink and give you stupid big hug.
if you aren’t going to be at the show…just feel happy.

also: we’re going to release just a handful (about 50) extra tickets for this coming thursday’s show…
link will be sent first to the original ticket holders for both shows, then we’ll release to twitter if there are any left, keep an eye out (or have a friend who tweets watch out for you). here’s me: @amandapalmer

as for “ask amanda”… 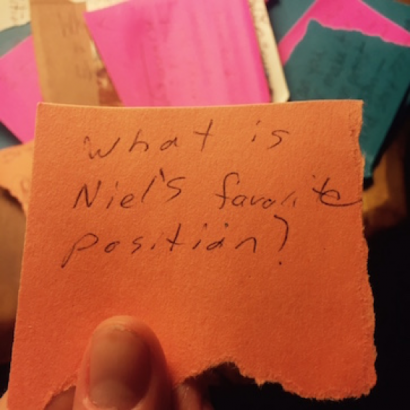 here were my favorites:

1. as pictured above: “what is niel’s (sic) favorite position?”

fuck. if you’d just spelled his name right, i totally would have told you all about our sex life, including every position we’ve ever tried, plus our favorites.
but too bad for you.

really? well…that’s an honor. if you’re reading this: i vote max, for either gender. it’s a bad-ass name.

3. “what is usually the last thing you do before going to sleep, and first thing after waking up?”

if i’m alone, and being bad, before i’ll work on my phone until sleeping…fiddling with email and twitter.
if i’m being better, i’ll read. lately i’ve been reading “whip smart“, by my old ice-cream shop co-worker melissa febos, who went of to NYC to become a pro domme. it’s super entertaining.
if i’m being really good, i’ll meditate and drift off to sleep thinking about nothing.
if i can’t get to sleep, i whack off. nature’s sedative.

when i wake up alone, i usually get out of bed straight away and, again, if i’m being good, i meditate for 10-30 minutes before i do any phone or computer checking. if my life’s a mess, i know, because i go for the phone first.
for this reason, i try to keep my phone away from the place i am sleeping.

and 3a. (from a totally different person)
“how do you feel about people who sleep with their socks on”.

i feel fine about them, i’m one of them. it’s fucking freezing in boston.
HOW CAN YOU BE FROM BOSTON AND ASK ME THAT??

4. “can you ever make it as an artist in boston…and STAY?”

wow, what a painful question.

well, it is true. artists leave boston. i have, mostly.

it’s not the most artist-friendly city, but some people do manage…there’s a balance/eco-system between audience and artist that’s fascinating to me.

boston, i’ve found, is mostly an artist-unfriendly city not because the people here don’t love art in theory, but because it’s a city whose main enterprises are medicine, academics, academics, more academics, and other smart stuff. that means that the population of the city is very focused in their walled fields of study and work, or transient, which makes for venues and bars and cafes (there are some exceptions to be sure) that don’t seem to care very much about pleasing their clientele, because their clientele don’t care very much about them (because they’re leaving in a few years anyway, and one bar is as good as the next and will be patronized anyway). and when that scene isn’t great, the art scene diminishes.
that’s theory one.

there’s also the talent-drain to new york, where there’s just a shit-ton more work for artists of almost any stripe, and, i’ve found, there isn’t quite as much guilt or shame in being an artist, since it’s more common. that’s theory two.

theory three is that with boston’s puritan roots, and general attitude towards the art (heavy on the classics and the acceptable and not so much on the late-breaking and the risk-taking), there isn’t a lot of breathing room and space to play and grow. boston is known for producing people thinking outside the box when it comes to math, science and nuclear physics, but it isn’t historically known for it’s crazed downtown art scene. that lack of history has made it harder for boston artists to not throw their hands up and go “new york is four hours away, fuck this”. i’ve seen it happen to so many friends.

HOWEVER, in the spirit of hope, it means that anybody who DOES stick around to brave the slightly more soul-sucking elements can burst forth like a large fish in a small pond. brian and i dealt with this in the early days of the dolls by rooting ourselves firmly in boston and driving to new york a lot. the boston press paid attention to us because we were so totally different than anything that was going on in the boston bar scene (in 2001, it was mostly plaid-clad indie bands, and we were running around in kimonos and facepaint, we stood out, indeed). the new york press probably would have taken scant notice of us (ho hum, “another flamboyantly odd band”), but in boston, people really appreciated us, our smart, sharp and intellectual lyrics, our weird, punny, academic humor (this is, after all, the town that birthed tom lehrer). so score for us.

and let’s not forget: it’s also a COLD city, and artists have to be really convinced to stay in an inhospitably cold city when they have the choice of where to live…that’s the nice thing about art, it’s portable.

i still have a real fondness for boston, especially my old haunts in harvard square, but i definitely find myself feeling that, as an artist, it isn’t the most hospitable place.
if i ever chose to stay here, i know, i could make it work. i’ve been living with one foot out of boston for five years now because of anthony’s cancer situation.
sometimes i wonder if it’s a chicken-egg issue and if i kept all these thoughts to myself and just waxed endlessly about how wonderful and supportive and amazing and nurturing and fertile the boston art scene was, i’d be likewise somehow cosmically embraced and everything would change and i’d see the city through new eyes. but that mostly hasn’t been my experience, and my boston friends share their ups and downs with me. so, i’ll be honest with you: it’s not that hard to make it as an artist in boston if you’re willing to build your career here while you travel elsewhere to carve your place in the world. and LOTS of people have done it. i think it’s about attitude, embracing, and finding the good in everything. and when you create something where there exists a vacuum, people love you for it. so if you’re a painter and there are no good galleries or everyone is slamming a door in your face, FUCK IT, call a friend, organize house parties (that’s what we did). if you’re a musician and all the crusty rock clubs won’t book you, FUCK IT and waltz into a cafe that has nothing to lose and tell them you’d like to curate an open mic night (and then book your band. we did). where there is no scene, create one. then you’ll be happy, at least for a while, and you can spring out of here any ol’ time you want, or stay and reap the benefits of what you’ve created.

and, if in true doubt, aerosmith managed. so there’s that. 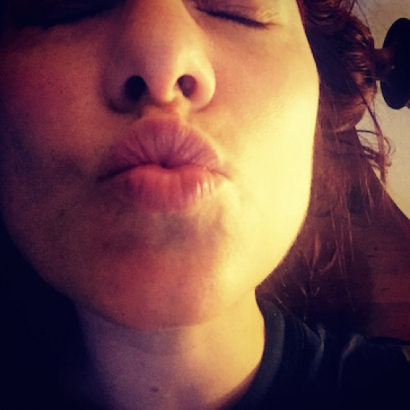