what it was like in edinburgh, and the current life outline.

first of all – i want to thank you so heartfelt-ly for your responses to my blog the other day. you always make me feel so less alone, and some of your writing is so incredibly beautiful and poetic, i sometimes sit here and lose myself and drown in it – you, these people all over the world, being so connected to these little moments of my existence. i don’t always heart or comment back on your incredible insights and so-wonderfully-crafted little mini life stories, but please do remember i am always reading everything and sometimes i feel like i could just blog-talk for a living but then there would be no art and probably gradually everybody would just fade away and abandon me. oi.

here’s a picture from the stage show at edinburgh fringe…taken by photographer kenny mathieson, who wound up at about 95% of my gigs in edinburgh, the sweet man. 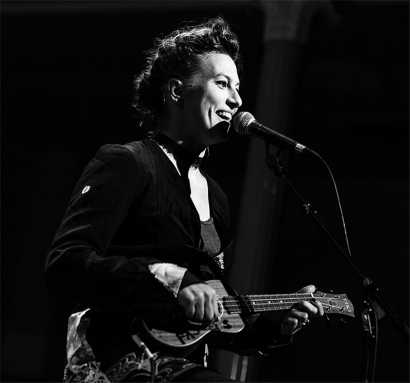 first, for your happy enjoyment, here are some reviews.

i think i warned you. but i talk about feelings, and abortion, and abortion rights, and miscarriage, and birth, and life, and death. a lot. and the new songs you haven’t heard yet are really sad.

did i warn you?

BONUS POINTS FOR THE USE OF “FUCKED”:

“Whilst this performance is an endurance test, the performance is exactly what a person would expect to see at the largest arts festival in the world. The evening is filled with emotion, with laughter, solemn tones and humorous stories. Hardcore fans are indeed catered for here, but anyone taking in this show will be drawn in by the  stories and drama of the evening…..Tonight is an intimate peek at an artist and her vulnerability; from the die-hard Amanda Palmer fan to the  art lover, there is something here for everyone… unless you don’t like  sad songs, in which case, in Palmer’s own words, “You’re fucked.””

“When you can’t joke about the darkness that’s when the darkness takes  over,” she says, and she’s right. While there’s a lot of sadness in this show there’s also a sense of solidarity, as well as the satisfaction of watching someone excel at their craft.

the fringe was a personal endurance test for me, even though i, in my evergreen delusion, imagined it would be a kind of working vacation. my ability to delude myself astounds even me, and i’m hard to astound lately.

i wrestled that fucking concert grand piano to the ground.

i really tried. i did. i felt like i failed, except for night #3, which i felt the way it was supposed to feel. (are you with me).

the first two nights i was scared and lost and making up a lot as a went along, and learning, and night three landed perfectly, and night four neil showed up and made me nervous and i blew things a bit.

it’s hard getting on a stage and trying to tell stories. i am proud that i tried to do it without hardcore plans and without practicing. it meant i fell on my face a little and was humbled. and learned.

and also, i didn’t decide to abandon my kid so that i could just spend time working on my abortion stories instead of taking him to circus shows.

i mean: c’mon, even i’m not dark enough to laugh at that.

it was all in service of the record – which starts sept 18 – and in service of the tour that will start in spring 2019. and while i have you here, i’m going to remind you all to sign the mailing list in case you have to drop off the patreon between now and then but still want to be notified of tour dates. it means a lot to me that you all stay on the list – it’s my lifeline. here:

i went to edinburgh for about two weeks expecting to have leisurely days in cafes, deciding whether or not i would rather sit and write a long blog about the nature of theater or GO SEE THEATER, and long nights where i would sit in clammy edinburgh bars with my musician and theater friends talking about life and death and the nature of theater.

here is me, in our air bnb.

part 6 in my “pensive self portraits against children’s bedrooms walls in international air bnbs” which will be touring to the tate museum and then the MOMA in 2020. 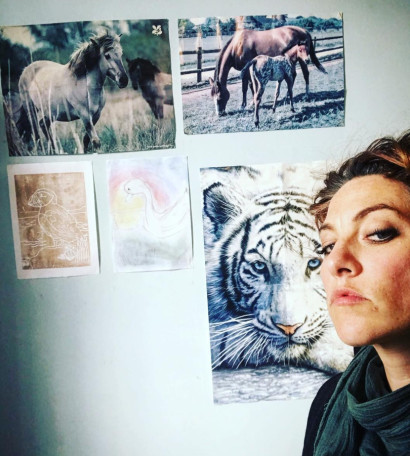 and i totally failed to realize that the “show” i planned on “writing” wasn’t going to write itself and that the undertaking to “write” a “show” was not something i could knock off in two hours in a coffee shop. and i should have known this given that my TED talk was 12 minutes and it took me about 45 hours to write and rehearse. and i was trying to write a three hour show with about 35 minutes of stories and talking.

how i am so deluded i am still not sure.

there is a part of me that is proud of my own ability to still be so deluded.

my filmmaker friend michael pope used to joke that he was going to put “no, let’s do it, i swear it’ll just take 15 minutes!!” on my fucking gravestone.

i also decided it would be a fun idea to add a whole video shoot with andrew o’neill to the edinburgh trip – when else? (“no, i swear! it’ll just take like 6 hours!” – it didn’t, of course, it took two full days of meetings and emails and calls and rehearsal and preparation and i’m a fucking idiot. but the video is pretty cute….but yeah.)

here is me on the set of the video looking like a hipster: 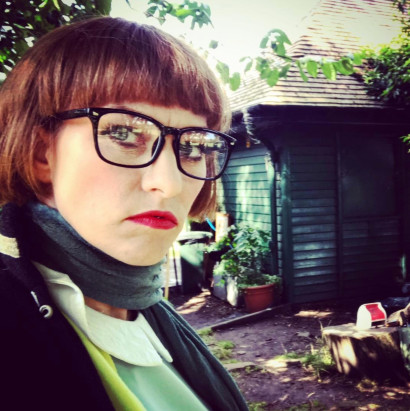 ok so i was overwhelmed and i did it to myself.

i still managed to more or less get the shit done and spend a few hours a day at least with my child.

and this is life with projects and a kid.

honestly, i’m still pretty proud of my ability to get through it all with my self intact and with four different videos in production: 1) the weinstein video 2) the video with andrew 3) the video for “electric blanket” that jason and i are making and 4) a secret diary video i am about to release that i made with fuck-your-fifteen-minutes-palmer michael pope).

this is like the extreme beauty-blessing and curse of the patreon….so much to be able to make!!! and so little time….

here are some lovely highlights:

my guest spot at midnight marauders…where i sang the clash and moshed: 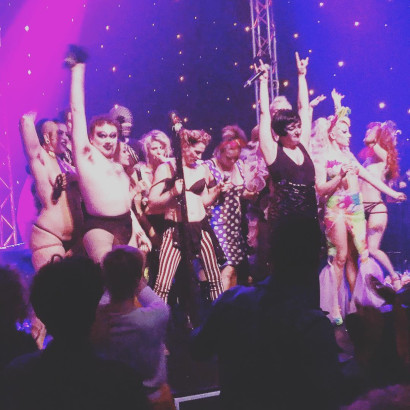 from one of two beautiful guest spots at the pianodrome: 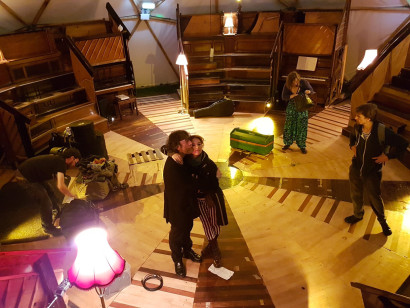 there’s neil. i got him to dance. 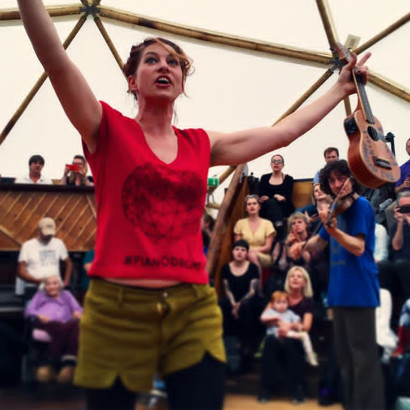 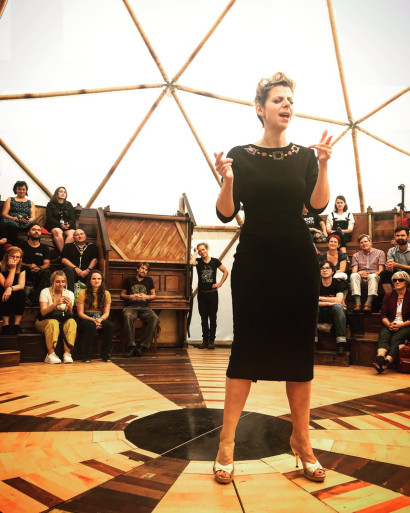 and here are our children…and all the other children… 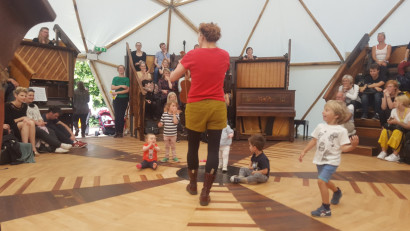 and here’s a twitter video of me figuring out “eleanor rigby” on the ukulele, badly:

https://twitter.com/SCOTCHBOXVR/status/1029764838854209536
the amazing pianodrome is running daily at the fringe until august 26th. for more info on them and their upcoming shows, head their site: http://pianodrome.org/whats-on/

in the even-more-punk-rock-dept: i did a ninja gig at skylight to benefit the forest cafe….
(all ninja gig photos below by andrew ab photography) 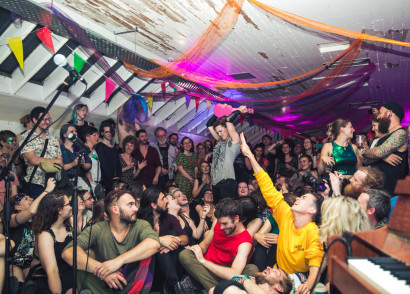 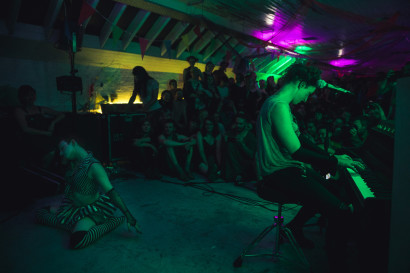 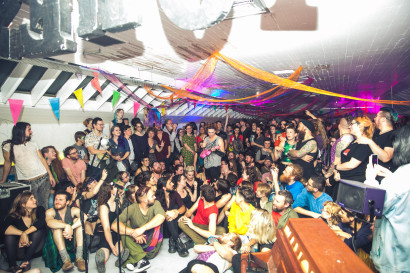 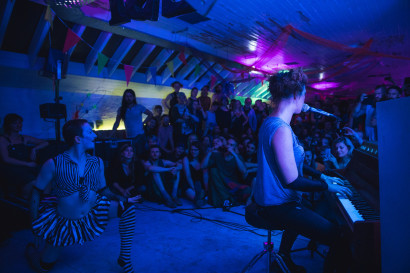 it was sweaty and awesome.

if you’re still at fringe, go see these shows:

the myth of the singular moment

….this show made me cry and is as simple and sincere as it gets. you’ll love it. if you want dark and immersive, fucking worth it. i was mesmerized. 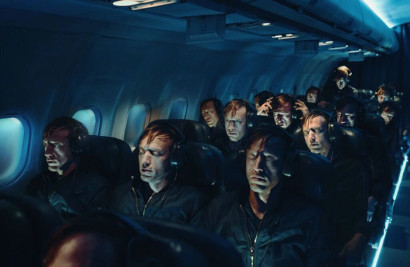 this is a two-woman play about the nature of friendship and it really touched me deeply. totally worth the hour. AND SINCE I SPENT A LOT OF MY TIME IN KID LAND:

i am not ashamed to say i went to this show TWICE because ash loved it so much and wouldn’t shut up about it and kept saying “GO BACK TO THE DANCING TENTS MAMA”. so we went back. i cried the first time, justine cried the second time.

if you have little little kids, go. it’s perfection. and 25 minutes long! the kids and the grown-ups all loved this one. totally silly irreverent ozzy circus kids awesomeness: 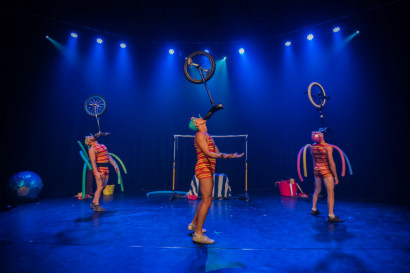 if you want intimate-theater-slapstick-beautiful-comedy-for-kids-and-grownups, this is your thing: 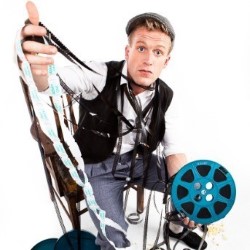 this show is now over, unfortunately, but ash and tennyson, lady rizo’s son, had a wonderful time….if you get to catch denim in london, GO.

this is my favorite photo from all of fringe. 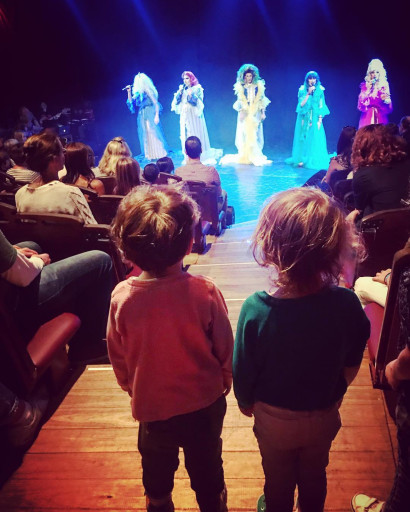 a larger circus show at assembly hall…it was absolutely entertaining every moment….ash couldn’t sit through more than 20 minutes of it, but we tried twice. und…
we have some shirts from my edinburgh show run up for sale in the uk merch shop, design by yonil, as well as patches and button packs that were sold at these shows only.

i’m going to put these shirts up for sale just to the patrons (yeah you) and if they sell out….great. if not, i’ll put them on sale to the public. 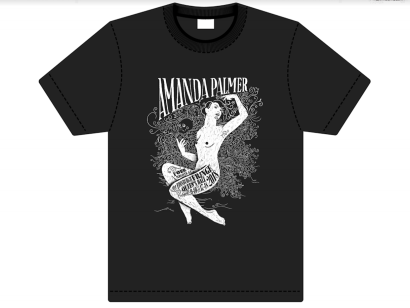 badge set…. the badges are around an inch wide: 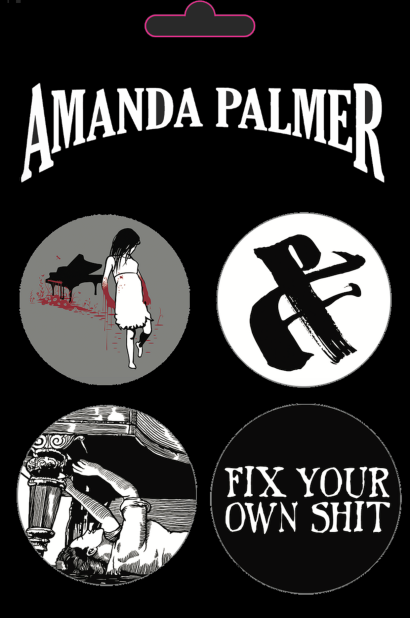 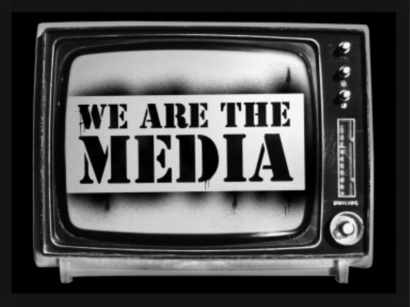 and that’s it, my loves.

there’s some actual art care of me and michael fuck-your-fifteen-minutes coming to you soon, and it’s probably nothing you’re expecting, and that’s the way we like it.

p.s. the totally non-related main photo of this post is from today.

i am working on a new musical with jason webley and steven bogart at a public theater NY workshop on martha’s vineyard and spending a lot of time writing ideas on a wall.

i am trying not to imagine how much better my life would be right now if i were writing ideas about how to organize my own life onto well-placed wall post-it notes.

THANK YOU ALL. without you, as usual, none of this