well, this was late last night….with the practice keyboard that came care of @chris_con (via twitter, of course). the dreamboy dropped it off at the hotel WITH A PIE.
we devoured it. i didn’t gte to meet him, but hope to when he comes to pick up his axe.

this was late last night, with the remnants. 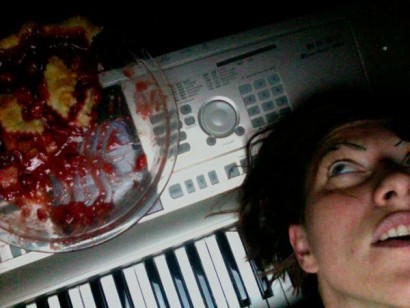 come to the dark side.
we have pie.

this was us, today, in front of the building i played my weird little show in at google. 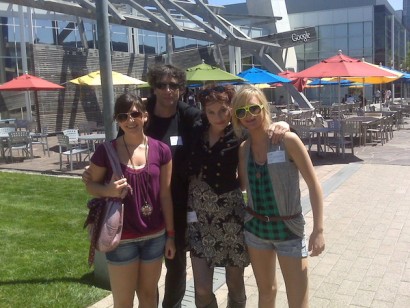 there are FIVE THOUSAND employees at the google complex in mountainview.
the rumors about the cafeteria are TRUE.
they have sushi. lots of it.

they also have COMPANY BIKES that you can ride from one building to another as you need them. it’s like a little office wonderland.

there’s also apparently a google bar, but we didn’t make it over there.

i decided to make a video for “i google you” during my little show (it was only for about 100 employees) and after a joke during a soundcheck asking why google didn’t have any disco balls, somebody made one magically appear.

i rest my case. when i quit rock for software, i’m working at google.

they also had a grand piano. just kickin’ around.

the video shoot went well, i think. if it came out it’ll get posted up on youtube. i will inform.

i grabbed this from flickr….yes, it’s miss zoe keating on the right. she joined me for the gig (and we pulled out our “tainted love” cover): 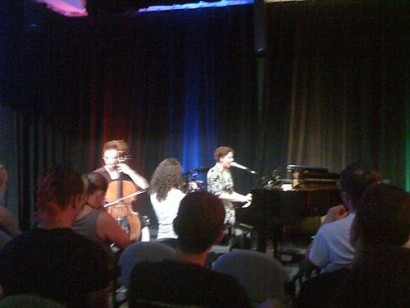 but the gig itself felt…weird.
i’m really rusty.
not touring and then randomly showing up for a gig (espeically an awkward middle-of-the-day one in an office park) is not a good way to go.
i’m too far away from touring mentality. i have my vacation mentality, the one that drinks alcohol and coffee and lazes around and doesn’t think daily about whether my voice is in decent shape.
but it wasn’t awful. i think everyone had a good time. we did a long q&a and zoe and i talked a lot about the industry and music….
fact: musicians nowadays are expected to be accessible. discuss.
?

then we packed the girls into the car (it’s definitely not as sexy as our old convertible) and went to see neil’s friend adam savage at mythbusters.
they have a little studio in a factory somewhere under a highway and it looks a lot like my apartment. we hung around looking at lots of odd things and rooms.
here’s the girls, adam, and me in the “bluprint” set of the mythbusters studio.
i am holding a piece of polished ostrich turd, which was used, as you might imaging, in the “can you polish a turd?” episode of mythbusters. 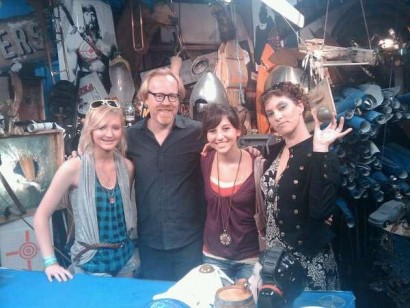 adam is an incredibly swell guy. we went out to eat at a joint called foreign cimena in san fran.
spastically, for the second night in a row, we went last night with mr mike gaiman, neil’s son (who also works at google so we got him for a second today, too).

i must say: neil has cool kids. and cool friends. and he has some other stuff going for him too, but i will spare you details.

i just called him on his midnight trip to the drugstore to pick up two large bottles of cranberry juice.
he’s kind of amazing.

and tooling around with two teenage girls is fun – i’m getting a fair dose of lady gaga and lily allen in the car.

my brain is fried but i am signing off with this picture from the mess room at mythbusters. 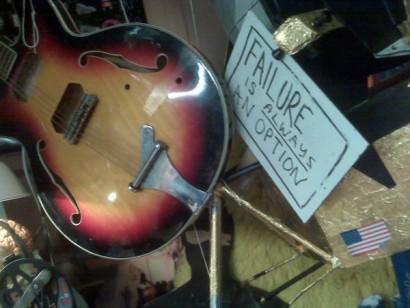 practicing then collapsing.
show tomorrow at the fire arts festival and i have no idea how it will feel.
i almost miss touring. but i don’t. not yet. 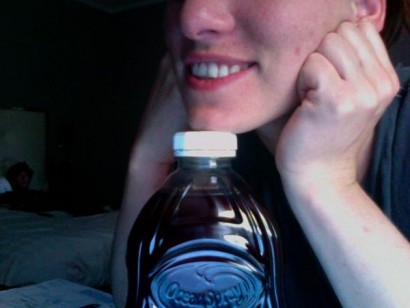