quartet for dolores: “zombie” & “no need to argue” (official thing)

quick notes: $3+ patrons, your download codes will be emailed in a second. $5+ patrons, i have a bootleg recording of “zombie” mashed up with “half jack” live on piano at tipitina’s coming your way in a day. for a venue board recording, it’s pretty beautiful.

an important note before i begin with All the Feelings:

dolores o’riordon was pro-life. she went so far as to say that abortion “belittles women”.

when i found this out, it definitely made me feel – for lack of a better term – weird. as a woman who is adamantly pro-choice, especially now that a woman’s right to choose in america seems to be more and more under threat by an oppressive and increasingly patriarchal government.

all over the states, planned parenthood clinics are shutting down and women are losing access not only to safe abortions, but to general reproductive healthcare, and the results are frightening.

so to learn this about dolores – who is irish – was kind of heartbreaking for me. the maximum penalty for having an illegal abortion in ireland is 14 years in prison. in PRISON. thousands of irish women travel to england each year to  legally end unwanted pregnancies.

i’m not going to do anything so crass as to give the proceeds of this music to a boldly pro-choice organization in ireland (god knows, they need it), but don’t think i didn’t think twice about it.  it would have been a statement, but it would have been crass and would have dishonored dolores. (see the charity i chose – chernobyl children international – below).

but also note that i wouldn’t let these facts get in the way of me paying tribute to this woman whose music and voice moved me, and so many, so deeply. if i were to snub the chance to cover this music just because of abortion politics, i’d be just as bad as the pro-life people who are narrowing instead of expanding our worlds. pro-choice across the board, everybody: you can choose to do what you want with your womb, and you can choose to cover any fucking song you like.

do no harm, take no shit.

i found out dolores o’riordon died last week when i was visiting new orleans, and i was in the midst of preparing for a huge video shoot and a show. i texted jherek the minute i found out. this moment called to us, loudly.

jherek had already done an arrangement of “zombie” a few years ago, and my mind was made up before even considering which songs to pick, and before going to the internet to ask for people’s favorites: “zombie” and “no need to argue”. “ode to my family” would have made it in if we’d had an extra day…but there’s always time later. for this, for now. these two songs were the perfect pieces of music to cry goodbye to this incredible woman.

dolores’s voice – oh, that voice – and songwriting had a huge influence on me during a very particular slice of my twenties…i was listening to “no need to argue” a lot right around 1999 when i was just starting to write again after a long dry spell – i’d written a total of one song between 1994-1998 and after i moved back to cambridge post-college, “zombie” was on high rotation in my mind and the chords inspired “half jack” – if you listen, the chords are all the same but one (for you music dorks, that last chord in the zombie progression goes to a Cmajor over E and half jack goes to a full diminished E).

so many musicians from my beloved tape and CD and vinyl collection of the 80s and 90s have fallen lately – and it seems so fitting to me that the birth of my son, the birth of my patreon and the death of all of these influential artists is all happening at the same time. if the patreon hadn’t come into existence, there’s no way that i could afford to do any of these projects – they don’t make any money. but we aren’t covering these songs to make money, we’re covering these songs to pay tribute, and how beautiful to be able to pay tribute without having to think about marketing, or distribution, or any of the other horrors that generally await an artist when you really Just Want To Record Something.

dolores was forty-six. she was five years older than i am.

she was on her way to a recording session one day, and then she was gone.

this weird thing has been going through my head lately, as my friends and contemporaries die:

bowie, finished. he knew he was finishing. he made black star. he knew it was going to be the last. leonard cohen, too, knew he had time to wrap art up with at least a small bow and concluding liner notes.

dolores, no. they didn’t get to finish.

but still: finished they have to be. they don’t get to contribute anymore. their bit is done.

maybe you never really get to finish.

maybe it’s even worse if someone tells you that you have to finish. i don’t know.

i do know that singing these songs felt like the only and best way to pay tribute to dolores. i could write anything, say anything, share stories…but something about feeling and translating her voice into my own microphone was something akin to what people who believe in the supernatural must feel. for a moment, she was in the room; her breath, my breath. her words, my voice. 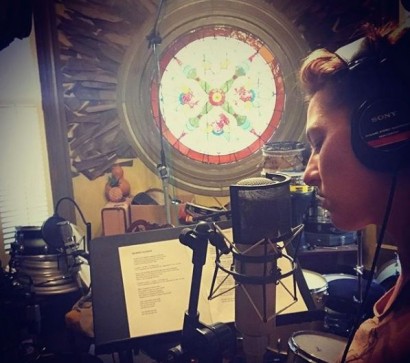 art, songs, music entwines us together through time and space.

i had been having a very hard month (about more which soon, i promise) – singing these songs fixed up and stitched up a little part of soul and body. music truly does heal.

and again another reminder that music – and the message carried in the music – lives on because we continue to breathe life into it. literal breath, literal singing, like the folk tradition dolores knew so well – she was from limerick for christs sake.

we keep breathing life into the art that mustn’t die or be forgotten.

we stay inspired by breathing art, in, out, in, out.

through that, we keep everything, and everyone, kind of alive forever.

WITH THAT, i give you the link…

this song was recorded at ani difranco’s home recording studio and engineered by her husband, mike napalitano, while ani floated around in the background and dealt with her own life and kids and dog. you can only imagine how that added to the process.

like: not only am i singing one of the most inspiring anthems to be sung by a woman whose songwriting I admire, but another one of those women was one room away, making a toast, listening to me screaming ZOMBIE! ZOMBIE! ZOMBIE! ZOMBIE-EEE-EEE-EEE-EEE hundreds of times for multiple takes in her living room. somewhere in the 90s, a black hole exploded. 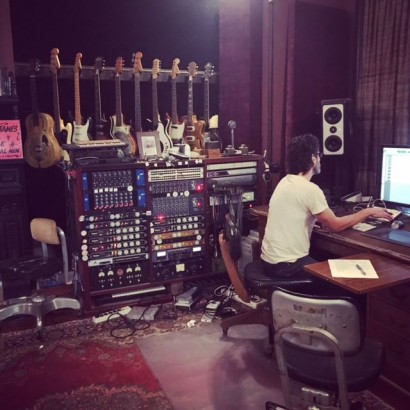 the artwork – as with the bowie and prince projects – was done by australian illustator/painter sarah beetson.

as with the bowie, prince and cohen tributes that jherek and i released, we searched for a perfect charity to pair with the release to keep paying forward all of the generosity of this patreon. we found a charity called chernobyl children international. it was close to dolores’ heart – she wrote the song “time is ticking out” after seeing pictures of the children affected by the chernobyl disaster after giving birth to her second child, and she gave all the proceeds of the release to the charity. we are going to give ALL of the digital profits from bandcamp to this charity in dolores’ honor.

i’ve been meaning to write a longer post about it (and i indeed have a draft burning on my desktop), but jherek bischoff is one of the finest human beings (and finest collaborators) i’ve ever had the pleasure of working with, and he’s just launched his own patreon. if you want to see what he’s up to apart from this stuff, it’s absolutely beautiful and i cannot think of an artist more deserving of the direct support. his patreon is here and going strong, he’s supported by over 400 patrons (i’m one of them) and his output has been gorgeous: https://www.patreon.com/jherekbischoff. and once again: none of this would have been possible without this here patreon, which foots the bill for all the work that goes into these projects: the visual artists, the designers, the musicians, the engineers, the studio time, the staff that works behind the scenes around the clock to get these flash releases into the world without a hiccup.

this art doesn’t just art itself, you know.

truly: thank you all so much for letting us make art unbound by time and commercial profit.

without you, none of this.